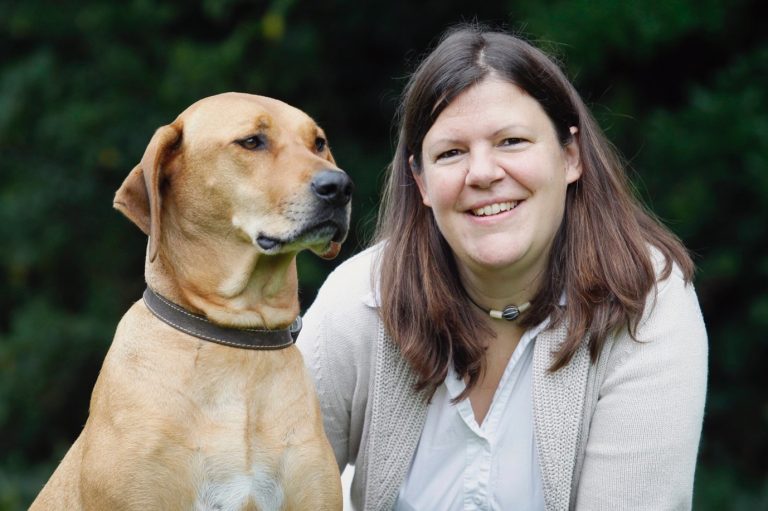 I am a Reader in Comparative Psychology in the psychology department of the University of Portsmouth. Before that I was the group leader of the research group “Evolutionary Roots of Human Social Interaction” at the Max Planck Institute for evolutionary Anthropology in Leipzig/ Germany where I also completed my PhD in 2005 (with Michael Tomasello & Josep Call). I received my Ph.D. in biological sciences from Leipzig University and helped to found and lead the Max Planck Institute’s Dog Cognition Study Center. There, I made a number of exciting discoveries about how dogs solve problems. I am now the director of the Dog Cognition Centre Portsmouth (www.port.ac.uk/dogcognition)
My research interests include social cognition, communication and cooperation in human infants, primates and dogs. Most famously I was the first to show that a dog named Rico learns words in a similar fashion as human infants. I am recognized as a leading expert on dog cognition and have been recognized in National Geographic, Discovery News and the NOVA special documentary film “Dogs Decoded” broadcast on American public television.