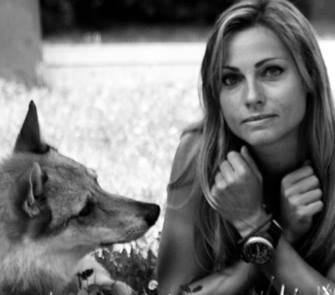 Researcher at the Department of Ethology in Eötvös Loránd University (Budapest). Her research is focused on dogs’ social cognitive abilities. She developed a training method called Do as I Do (named after Hayes & Hayes 1952 and Topál et al. 2006), which relies on dog’s imitative skills and is currently using it as paradigm to study dogs’ cognition. Due to its effectiveness, this method also spread in the applied field of dog training and she devote part of her research to study its effectiveness.
Obtained her PhD in Ethology at Eötvös Loránd University (Budapest) conducting research on social learning and imitation in dogs.
Received her B.Sc. on Dog Breeding and Education (TACREC), a Master in Ethology of Companion Animals and a Master in Dog Training at the University of Pisa (Italy).
Published a book on the use of social learning in dog training, Fugazza C. 2011 “DO AS I DO Using Social Learning to Train Dogs” – Ed. Haqihana (Milano) translated in other 5 languages and a DVD, Fugazza C. 2013 “Do as I Do. A new training method based on social learning” Ed. Tawzerdog (USA).
Lecturer at several seminars about social learning in dogs and its use in dog training in several countries in Europe and USA. Author of numerous publications and conference presentations.